One thing I've learned over the past six years is this: Life is one huge experiment. There is nothing concrete; there is nothing that goes exactly according to plan. Every day is a shitty first draft. But I've also learned that at any moment I have the opportunity to say, "Hey, I think I'd like to try this out."

So, today, at this moment, I'm going to start this blog again. Maybe. Let's see how it goes.

If you have been a follower of this blog please leave a comment and  let me know who's still out there.
Posted by Phyllis Renée at Monday, June 13, 2016 6 comments:

death of a season

I had a talk with the man in the moon.
He said the winds would be changing soon.
I asked him why it must be this way
He said, "Be patient and you'll find out someday.
The seasons change and with it comes
Other changes under the sun.
Some things die and others are born.
Some are mended, some are torn.
Once there was war, now there is peace.
What was silent now can speak.
What was thrown out, now you'll keep.
What made you laugh makes you weep.
What has been killed will now heal.
The love you had is now hate you feel.
You've planted seeds and built a wall,
Now uproot the weeds and let it fall,
For the griefs you've embraced and the wounds you've held close
Now turn to dancing as your stone heart lets go."
Then the man in the moon said I must count the cost
If I am to keep searching or give it up for lost.

One of my favorite songs from my childhood;
pretty much says it all.

it's all about the -ing 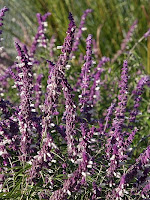 Spring makes me happy. Not just the weather; the cool mornings and warm days motivate and inspire me. But mostly it's the colors. Green, I've mentioned before, is my favorite color, and in the spring it is accompanied by purple. Well, it is around here, anyway. Purple budding trees and flowers alongside new green grass. It just about makes me giddy. Unfortunately, all this glorious color, motivation, and giddiness doesn't fend off the depression.

I mentioned a couple of posts back that I've been taking note of when the darkness comes, but I've also been trying to notice what keeps it away. One thing I've found is if I keep reading I don't get so depressed. When I finish a book it's good for me to start another one fairly soon. Reading keeps me from thinking. Thinking gets me too concerned about myself and how miserable I can be sometimes. For instance, Sunday I slept most of the day. I'd get up every couple hours and eat a little, then go back to bed. That went on until 4:30 in the afternoon, when I made myself get up and stay up. I thought about starting a new book, but by that point I was too far down to concentrate. So I watched movies on the Hallmark channel until it was time for bed.

Another thing I've found that helps keep my mind off myself and out of depression is thinking about others. Actually, not just thinking about them, but doing things for them. My friend, Michelle, has been sick and I had planned to take her out for breakfast. But she had a rough night and wasn't feeling up to it. I should have called someone else right then, but I didn't and not having someone to take care of left me feeling empty.

Also, probably the most obvious, is writing. I don't know what I'd do if I couldn't get the crazy stuff out of my head. Someone told me recently they liked my writing because it's honest. I'm not sure what that means exactly. I mean, can someone write dishonestly? I just write down what's in my head. I write the way I talk. It's kind of like talking to someone who isn't there. (That's not at all crazy, huh?) I want to tell them my story, or whatever, and I'm not going to lie. It has everything to do with my need to be understood. I figure if I can explain myself people won't think I'm so crazy. And that makes me happy and keeps me out of bed.

Snow flakes fall, fluttering down like a million butterflies, landing soft as kisses on my eyes, my cheek, my lips.

Gentle breezes wrap around me as warm loving arms to quiet my fears.

Bright sunlight shines down on me as glowing hot embers igniting my soul.

Autumn leaves of orange, yellow, and red fall and collect at my feet in a colorful mound of beautiful memories. 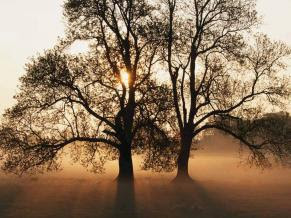 What was the purpose of the Tree of The Knowledge of Good and Evil? Why did God place it in the Garden of Eden if He didn't want Adam and Eve to eat the fruit?
Posted by Phyllis Renée at Monday, March 22, 2010 10 comments:

the whole long drawn out story

For Valentine's Day, I had scheduled an afternoon for myself at the spa. Thirty minute massage, manicure, pedicure -- all the things that make you feel good without the guilt or weight gain. RL was out of town, so I decided there wasn't any reason to waste a perfectly good excuse to have him pay for a relaxing day at the spa -- so I made the appointment. And just because he ended up coming home 2 weeks early didn't mean I was canceling either. Good thing. While the masseuse was doing her magic, she found a lump in the middle of my back. "Do you have a cyst?" "No, I don't think ... what the crap?" The next day I called the doctor and made an appointment.

It wasn't a big lump, maybe the size of a small pecan (that's puh-con not pee-can) and I've had lumps show up here and there before. One on the side of my neck, just below my ear, was about the size of a pea and removed several years ago. I've even found lumps in my legs (I know that sounds really awful, but you can't see them -- there's too much ... um ... fatty tissue covering them) and the doctor has always asked, "Do they hurt?" "Well, only if I push down on them." "It's not cancer then. Cancer doesn't hurt." But I haven't had those (yes, plural) removed, because I've got enough hail damage and stretch marks on my legs, I don't need scars on them too. So, anyway, I wasn't too worried (at least, that's what I kept telling myself) about the new lump and when RL asked, as he was leaving for work, if he should go to the doctor with me, I assured him it was no big deal and I'd be fine.

But sitting alone in the doctor's office, waiting for what seemed an hour, but was actually only about 15 minutes, the thoughts started running through my head. The bad thoughts. The thoughts you're not supposed to think, because you'll get yourself all worked up over nothing. And then my doctor came in, checked my back, sat down in her little chair on rollers, and looked up at me. "Well, what we can do is take x-rays and find out immediately if it's cancer." She might as well have hit me in the stomach. I sucked my breath in, "Ok." Then she asked, "Does it hurt?" "No." "Hmmm . . . well, we can find out right away." Within 30 minutes or so the x-rays showed everything was clear. No large white mass indicating cancer. The next step was to make an appointment with a surgeon, let him check it out, and have the lump removed.

The waiting was the hard part. Two weeks isn't a long time, but it is when you have an overactive imagination. I kept telling myself it would be fine, there wasn't anything to worry about, the doctor assured me it was not a big deal, he performs this procedure "all the time." But I don't get cut on all the time and just the thought of being "put to sleep" scares the hell out of me.

When the day finally came, I was calm on the outside and a nervous wreck on the inside. And just as we were leaving for the hospital I reminded RL, if I died on the operating table, not to buy me an expensive casket and make sure people don't waste their money on flowers, but make a donation to a charity. I'm weird like that. But, you know, things happen and I wanted to make sure it was said.

Of course, everything went smoothly and I only had a minor breakdown just before I "went under." The surgeon and his staff were great about it, though, and I fell asleep with the feeling these complete strangers genuinely cared for me. Thirty minutes later (amazingly) I woke up and it was all over. I was still alive. I survived.
Posted by Phyllis Renée at Sunday, March 21, 2010 8 comments: